Mounted photograph of a cottage taken by C Flemming.

A large building situated behind a row of bushes and a gate. Behind the building there are several large trees.

Charles E Flemming was born in 1872 and came to Letchworth Garden City in 1905 with his wife Edith Caroline (nee Harben, sister of Mildred Ann Harben). In 1908 they had a son Roger Harben Flemming and moved into ‘The Mays’ 15 Baldock Road. Flemming appears to have been a keen member of the Letchworth Camera Club, submitting images of local area to the club in the 1920s. He also was also interested in history and gave an informative lecture focusing on the medieval carvings of church pew-heads and bench-ends in 1936. By 1939 he had retired from his career as a Stock Broker, had become a widow and was living with his mother and son. 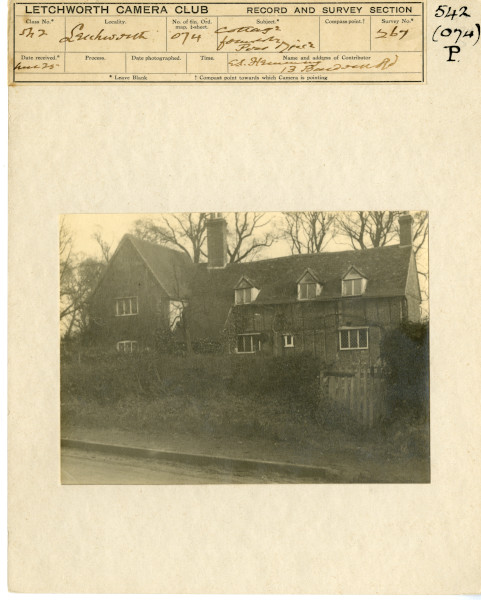