Raymond Unwin was born in Rotherham in 1863. The family moved to Oxford shortly afterwards and his father Edward took up a fellowship there at Balliol Collage. After Edward resigned his Fellowship on moral principles, the family experienced a far less steady income. However the Unwins were still able to visit their relatives often and Raymond became firm friends with his cousin Barry Parker in the 1880s, and he then married Ethel, Barry’s sister, in 1893. He also nurtured his interests in Arts and Crafts and Socialism, being greatly influenced by William Morris, whom he had met in Manchester.

Unwin formed an architectural partnership with Barry Parker in 1896, with his background in engineering proving useful. After working on private commission and beginning work on the model village of New Earswick for Joseph Rowntree with his business partner and cousin Barry Parker, they both became Consultant architects to the First Garden City Ltd in 1903. The Master Plan for the layout for the town was approved soon after in 1904. In 1906 the Unwins left Letchworth for Hampstead Garden Suburb, which was being developed by the partnership at the time and was appointed the architect and surveyor to the Hampstead Garden Suburb Trust. The business partnership then formally ended in 1914, but they remained lifelong friends.

Unwin published two influential books ‘Town Planning in Practice’ (1909) and ‘Nothing Gained by Overcrowding’ (1912) before assisting with a report on working class housing in 1919 and being appointed the Chief Architect at the newly formed Ministry of Health in the same year. Continuing to play an influential role in town planning was appointed as Technical Adviser to the Greater London Regional Planning Committee. He was President of the Royal Institute of British Architects (RIBA) from 1931 to 1933. His influence also extended across the Atlantic where he was a consultant to President Franklin D. Roosevelt on his ‘New Deal’ and became visiting Professor of Town Planning at Colombia University in New York in 1936. Knighted in 1932, he died at his daughter’s summer house in Lyme, Connecticut in 1940.
Barry Parker Collection 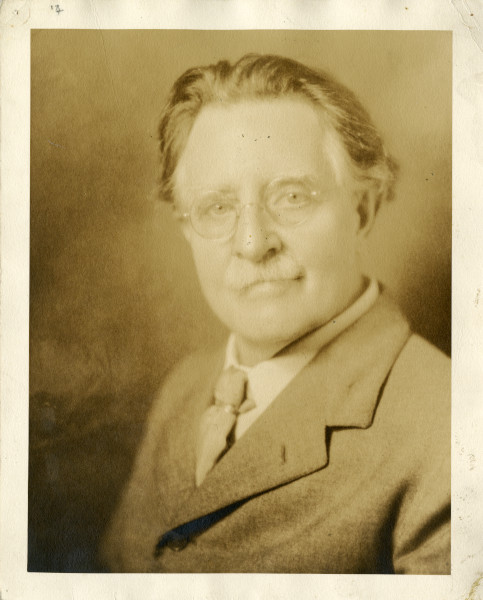