Lavinia Brooks came to Letchworth with her husband in 1905, staying first in Eastholm for a short time before moving to 34 Sollershott East. She was a member of the Letchworth Urban District Council in 1932, serving for 3 years. In her manifesto to stand for election for the Urban District Council, Brooks lent her support to the Letchworth Unemployed Committee championing their cause. Prior to that she had been prominently involved with the Hitchin Board of Guardians. Brooks and her husband were Fabian Socialists, and were close acquaintances of Mr and Mrs Bernard Shaw. 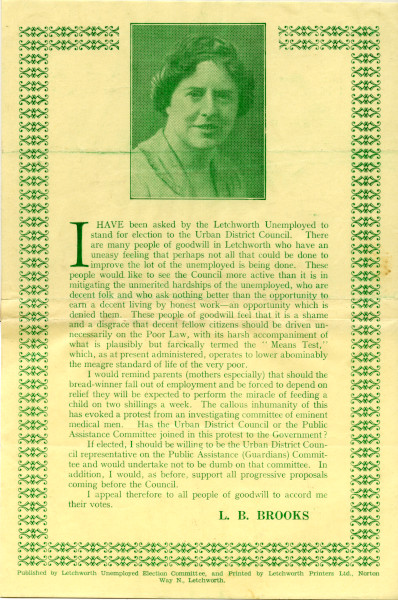