Photograph of the exterior of The Cloisters Letchworth Garden City.

Black and white photograph of the exterior of The Cloisters Letchworth Garden City. The image features the the entrance to the turret with two staircases and an open roof area.

Annie Lawrence was born in London in 1863, coming to Letchworth in 1906. Through her social work she witnessed the unhealthiness and poverty of the London slums. Determined to resolve the problem she had the idea of constructing a building for poor children to grow up in country surroundings with plenty of fresh air. In 1905 she leased a 3 acre plot of land in Letchworth on which to realise her ideal. This took the form of The Cloisters, which was designed by W. H. Cowlishaw. However, while construction was underway her thinking behind its purpose changed. She felt that if she could teach the teachers of the children, the results would potentially be quicker. It opened on January 28th 1907 as a Theosophical School. Summer schools were also held there until 1911. In between WW1 and WW2 musical performances and craft courses were held there. In 1940 the building was commandeered by the army. It became badly damaged with compensation even claimed at the time. It never returned to its previous use and was offered to the local Masonic fraternity by Lawrence, who accepted it in 1948. 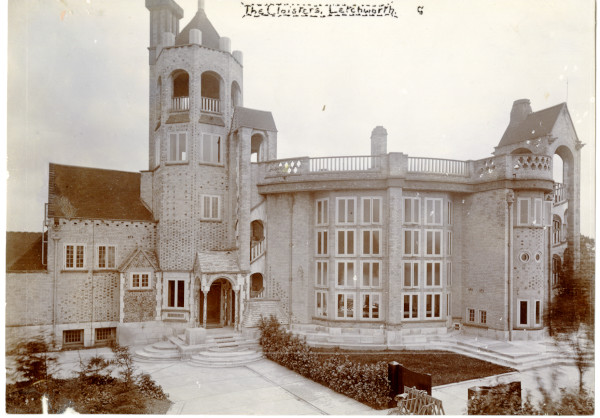