Photograph of Mabel Parker and her sons.

Born Constance Mabel Burton in Norwich in 1881, she married (Richard) Barry Parker, an Architect and Town Planner in 1906, also moving that year to Letchworth Garden City to live at Crabby Corner on Letchworth Lane. They had two sons together, Geoffrey (1909) and Robert (1914). Mabel supported her husband as he shaped the Garden City, alongside his cousin Raymond Unwin, as well as having her own interests and impact on the town. She supported the campaign for votes for women and was a member of the non-militant local branch of the National Union of Women’s Suffrage Societies and later became the first president of the Old Peoples Welfare Committee in 1959, a well-established local group with over 700 members. Parker was also involved in supporting the act of Parliament in 1962 which transferred the assets, role and responsibilities of First Garden City Ltd to a public sector organisation, the Letchworth Garden City Corporation, and was instrumental in asking shareholders to retain their shares and maintain overall stability. When she passed away in 1974 her ashes were scattered, to join her husbands, in the garden at Crabby Corner. 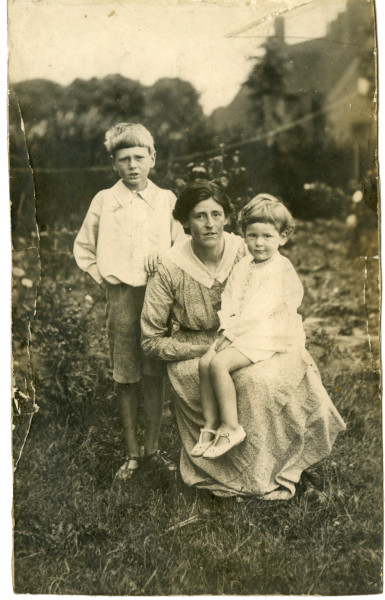