Black and white photograph of Mrs Maude Deuchar. Deuchar wrote under several pseudonyms including Herbert Tremaine. She famously wrote ‘The Feet of the Young Men’ published c.1920 and the play Handmaidens of Death.

Maude Deuchar was born c1887, and came to Letchworth Garden City from Glasgow with her husband in 1917. They lived for many years at 122 Wilbury Road. Maude wrote novels, short stories and poetry, usually under pseudonyms, including Herbert Tremaine ‘The Feet of the Young Men’ published c.1920 was highly regarded by a number of well-known authors, and apparently H G Wells called it the ‘best war novel’! She had around 10 books published overall. 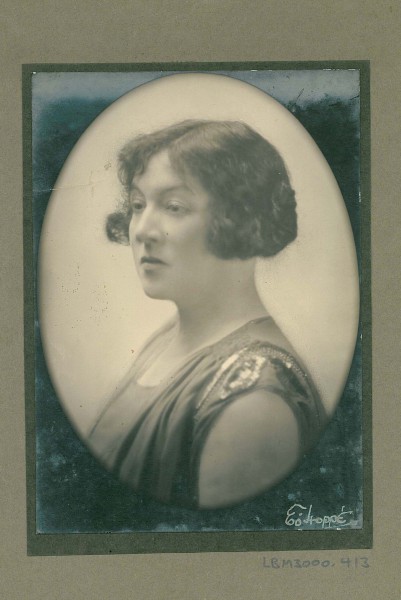