Frances Cartwright, was born in 1862, and moved to Letchworth in 1910. She founded the Modern School for Girls, Norton Way South which was run on the Montessori system. In 1924 she was elected to the Letchworth Urban District Council as a socialist representative. In addition she was involved with the Letchworth Guild of Help and was a member of the Guardians Committee. In 1931 she took the decision to leave Letchworth for Torquay due to ill health. She passed away in 1941. 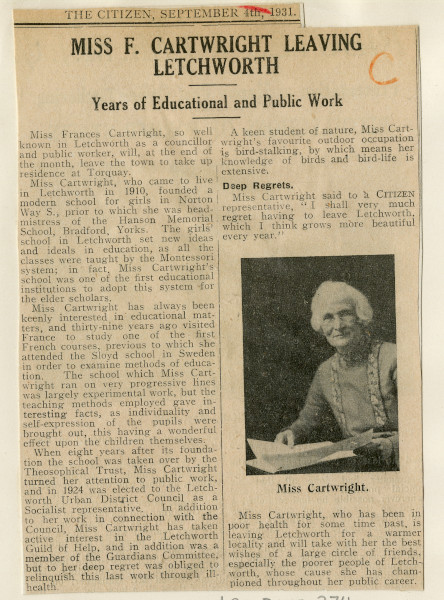