W J Brooks, and his wife Lavinia, came to Letchworth Garden City in 1905, staying first in Eastholm for a short time before moving to 34 Sollershott East. Brooks was well known locally for his scientific knowledge and abilities, running a business manufacturing scientific instruments by himself on Pixmore Avenue. The couple were also Fabian socialists, members of the Letchworth Fabian Society, and counted Lord Passfield, his wife Beatrice, and Bernard Shaw as close friends. Shaw was a frequent guest at their home and reportedly was inspired to write the play ‘Back to Methuselah’ under a shady tree in the garden. Brooks passed away in 1945. 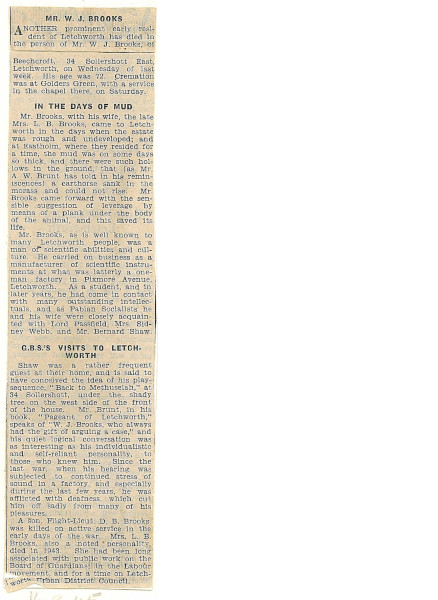