Members of the Letchworth Residents Union (duplicate of LBM3061).

Mary Esther Nicholson first became interested in the Garden City Movement after reading Ebenezer Howard’s book ‘To-Morrow: A Peaceful Path to Real Reform’ and moved to Letchworth from Hampstead in 1906. Nicholson founded and was the first president of the Letchworth Residents’ Union, which was effectively the local branch of the Garden Cities Association. In that role she did much to welcome, and help newcomers to the town to settle in. In addition she was also one of the founders of the Letchworth Guild of Help and supported the hospital in the town. This was specifically focused on the Letchworth Branch of the British Red Cross during WW1. She passed away in 1938. 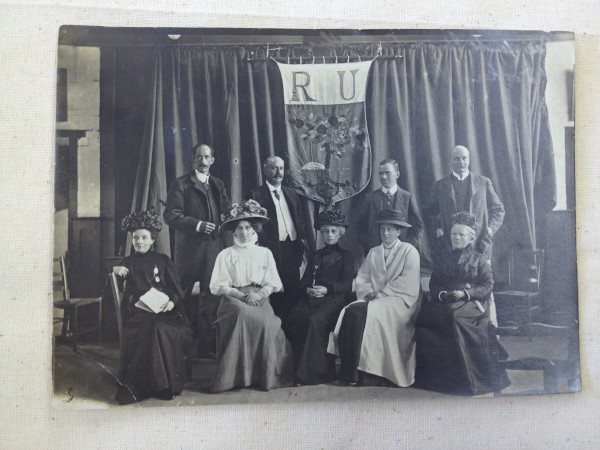