A copy negative of staff, Miss Booth and Mr Birkett plus dog "Wolf" at Miss Booth's school at 4 Eastholm.

Edith Booth was greatly involved in education during the early years of the Garden City. She taught at the First Elementary School (‘The School in the Sheds’, on Nevells Road) and when that closed in 1907, moved to Norton Road School. Here she taught the infants, before later opening a private school at her house on Eastholm. She was also active in the general social life of Letchworth Garden City. As well as taking part in tree planting and pageants, she also attended Labour Party meetings and supported the League of Nations Union, the Adult School Movement and Women’s Suffrage. 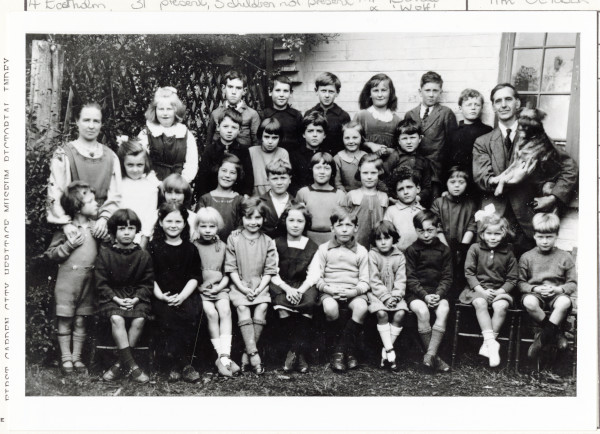