A black and white group photograph of the Spirella netball team winners in 1934. Five members of the team are seated with the central player with a large wooden shield resting against her legs. Presumably they are the winners of the shield. Two other members of the team sit on the ground at the front, one either side of the shield. The team wears dark coloured 'divided skirts' with dark tights and boots. Their jerseys are a lighter colour banded with a dark stripe at the neck, cuffs and side. Behind the team stand two men and two women. At the back of the photograph is a paviillion with a veranda. A young boy looks on from a bench and a woman from a window. On the back of the photograph there is " COPYRIGHT HERFORDSHIRE PICTORAL". This object is in the Spirella Welfare Album 100.233. 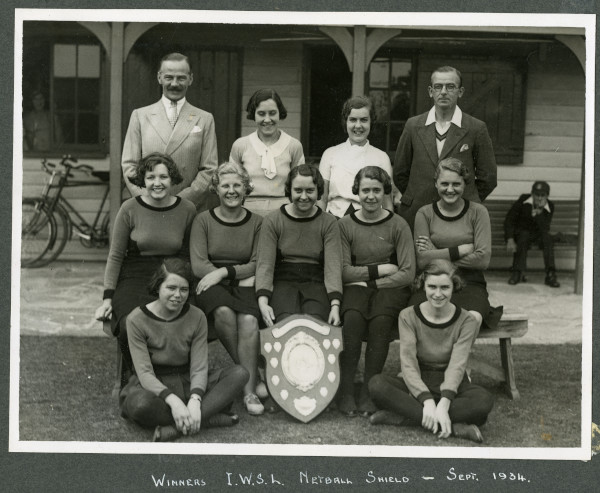